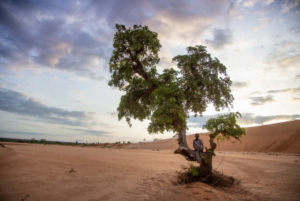 George and Georgiana – together with their three children, Aida, Paul, and Mateo – have been sent on missions by the Logos Pentecostal Church of Cluj-Napoca.

They’ve been blessed to grow up in Christian homes, having been encouraged to go into ministry by their parents, grandparents and even great-grandparents. They have decided to follow Jesus ever since their teenage years and in their adult years they were called to serve the Muslim world.

George has been on missions since 1998, while Georgiana joined him in 2007.

They served in Central Asia for many years and since September 2018 they have been in a country in West Africa, managing a mission hospital, offering psychological therapy and orthopedic rehabilitation for children with disabilities.