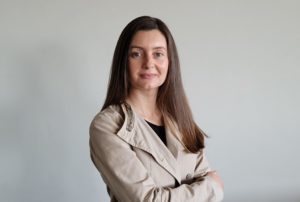 Dumitrița is on the mission field from 2009 being sent by Râul Vieții Church, București.

She started going to church from her childhood after her grandmother accepted Lord Jesus and at the age of 16 she decided to acknowledge the Lord through the water baptism.

God called her on missions when she was 18 during a missiology course while she was a student of the Bible University from Bucharest.

She had served several years in a Central Asian country and from 2015 she has been in Greece engaged in the ministry among refugees (she is part of the leadership team of Mercy Ministries organizations), in mentoring programs for female refugee leaders, and also in evangelism and in the equipping ministry in the camps.